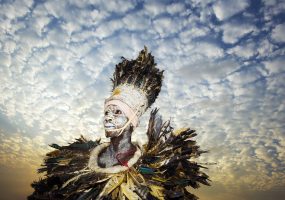 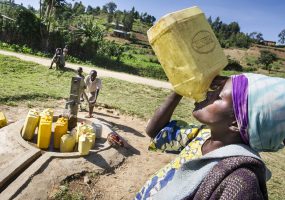 In 2003 DelAgua Health along with the University of Colorado and the Rwanda Ministry of Health embarked on an ambitious project to distribute water filters and fuel-efficient cooking stoves across the country. The program monitored the use of the water filters and cook stoves with the data being used in a health impact study conducted by the London School of Hygiene and Tropical Medicine and Emory University. Between 2014 and 2016 the program reached nearly 2 million people with cookstoves and 500,000 with water filters in 7,500 villages. Nearly a thousand community health workers visited every household on a repeated basis to provide behaviour change messaging, training, and repairs.

In June 2019 the PLoS Med published the results. It was found that the water filters and portable biomass-burning cookstoves reduced the prevalence of reported diarrhea and acute respiratory infection in children under 5 years old by 29% and 25%, respectively. The results suggest that programmatic delivery of household water filters and improved cookstoves can provide a scalable interim solution for rural populations that lack access to safe drinking water and rely on traditional fires for cooking.

“Until now, there has been limited evidence of the effects when these products are delivered at scale,” said Evan Thomas, director of CU Boulder’s Mortenson Center for Global Engineering. “The study demonstrates the viability of bringing water filters and cookstoves to vulnerable households and will help inform future national initiatives.”

Unsafe drinking water and household air pollution are major causes of mortality around the world. An estimated 1.1 billion people lack access to safe drinking water, more than a third of whom rely primarily on open wells and untreated surface water that can be contaminated with human and animal feces.

Cooking indoors on traditional open-fire stoves with solid biomass fuels such as wood and charcoal has been linked with pneumonia, low birth weight and impaired development in children. Household air pollution is also associated with pulmonary and cardiovascular disease in adults. More than 80% of Rwandans rely on firewood as their primary fuel source.

“After neonatal disorders, pneumonia and diarrheal disease are the two leading killers of children under 5 years of age in Rwanda and much of sub-Saharan Africa,” said Professor Thomas Clasen of Emory University and the London School of Hygiene and Tropical Medicine, who led the health impact study.

“The results of this randomized controlled trial provide strong evidence that effective interventions can be successfully delivered and embraced by a population at risk, even in remote rural settings.”

In the fall of 2014, over 101,000 households with nearly half a million people from the poorest economic quartile of Rwanda’s Western Province were selected to receive a Vestergaard Frandsen LifeStraw Family 2.0 table-top household water filter and an EcoZoom Dura high efficiency portable wood-burning cookstove together with community and household education and behavior change messaging. Each household was visited approximately every 4 months for a year following the distribution.

The program was financed and led by the social enterprise DelAgua Health (in partnership with the Rwanda Ministry of Health) and branded “Tubeho Neza,” which translates to “live well” in Kinyarwanda.

“DelAgua is delighted that the study has confirmed some of the health benefits of a well-designed large scale intervention as well as the acknowledged reduction in carbon emissions,” said DelAgua Chairman Neil McDougall. “Key to this success has been the ongoing education and support of Rwandan Community Health Workers (CHWs). Without CHW involvement, the intervention would not have demonstrated the same health and other benefits and as such their involvement is integral to the success of this and similar future projects,”

Overall, the results suggest that the program was effective in improving drinking water quality, and reducing risk of diarrhea and respiratory illness among children under 5, pointing the way toward an interim solution for healthier living while cleaner cooking solutions are developed and scaled to reach the poorest.

"The intent was to address the leading causes of illness and death in Rwanda, respiratory disease and diarrhea, especially among the lowest income households," said co-author Dr. Jean de Dieu Ngirabega, who was the director general of Clinical and Health Services in Rwanda Ministry of Health and later the head of the Institute of HIV/AIDS, Disease Prevention and Control in Rwanda Biomedical Center during the course of the program.

"The program's success speaks in part to the hard work of our Community Health Workers, who trained households on the use of these technologies over several years. I am pleased that these results show these positive health benefits can be achieved at scale. It is an opportunity for low-income countries to meet the targets set out in Sustainable Development Goal 3 (SDG3) for health."

“These results should have important policy implications in Rwanda and beyond. We see strong evidence that the intervention provides significant benefits that might continue to accrue if the program continues to be supported,” said Thomas, an associate professor in the College of Engineering and Applied Science who designed and managed this program for DelAgua from 2012 through 2016.

I documented the project capturing every aspect from issues that were set out to be solved, to the distribution days and community health workers visits. I photographed in a number of different regions and villages to show the extent of the program. I collaborated with DelAgua Health and the Rwandan Ministry of Health to present a powerful set of images which showed the work undertaken. The work has been exhibited around the world, formed a book and won several international photography competitions including being nominated for the Sony World Photography Awards. 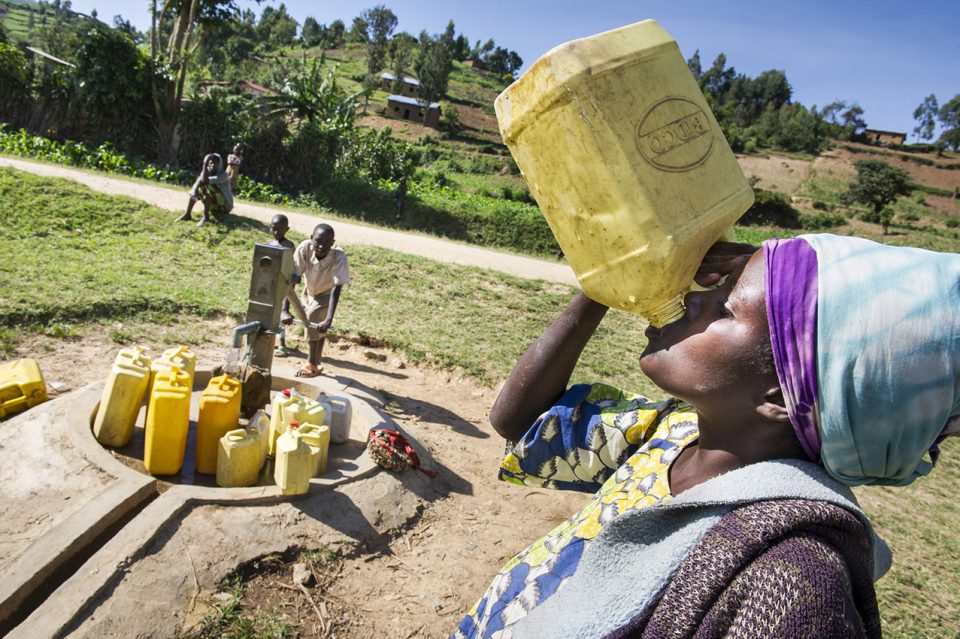 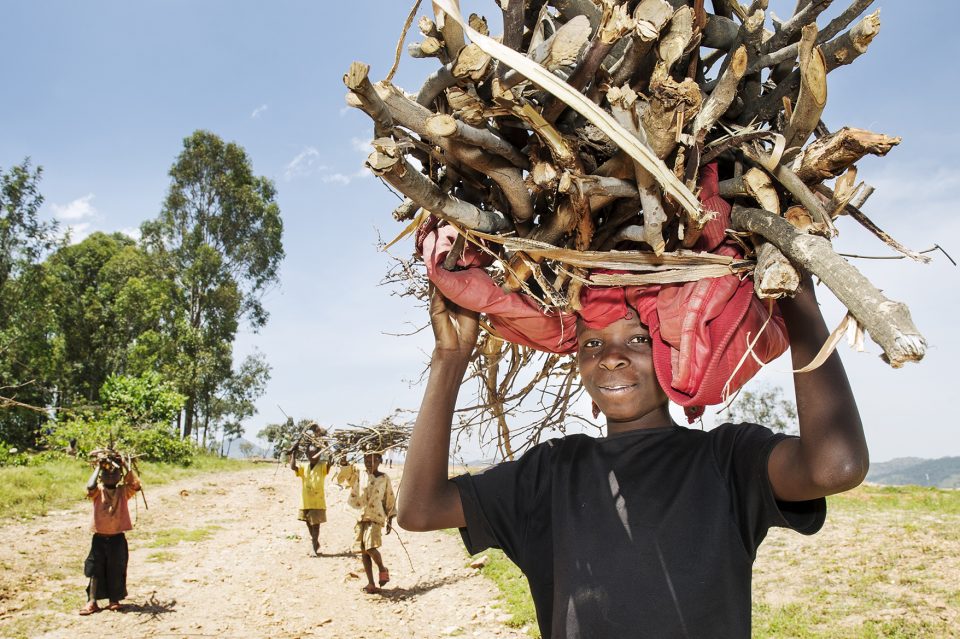 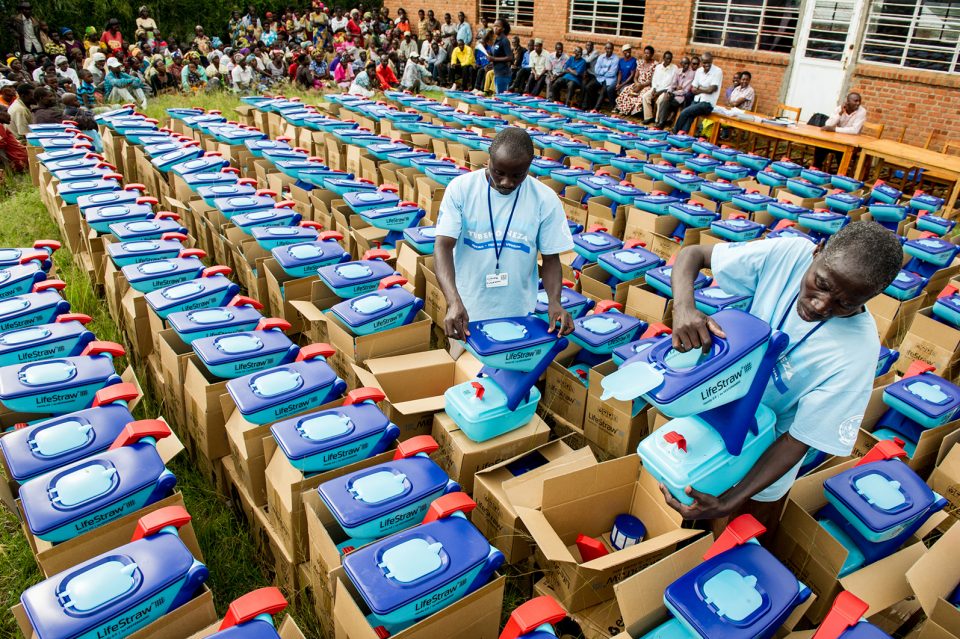 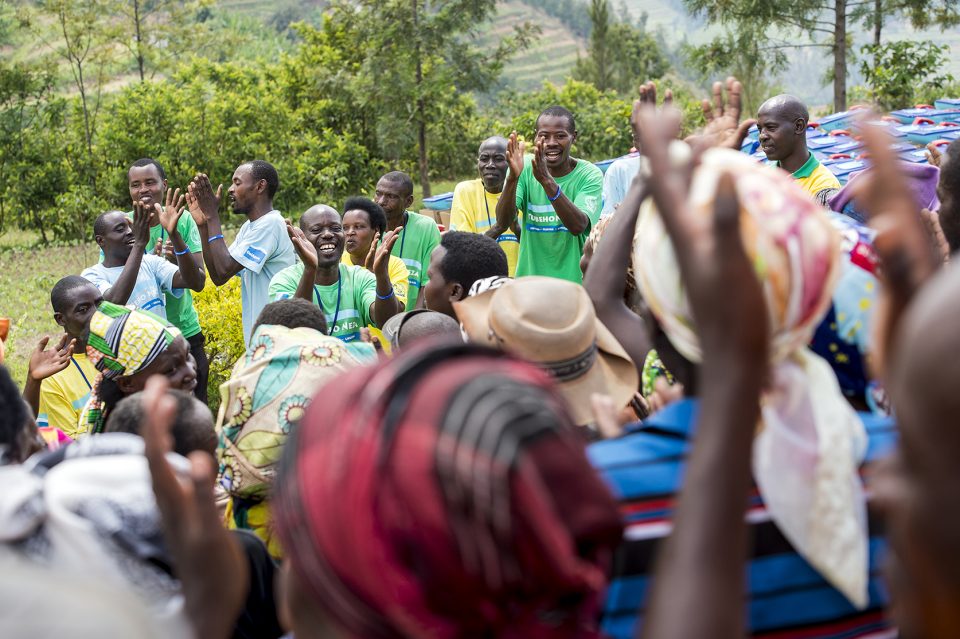 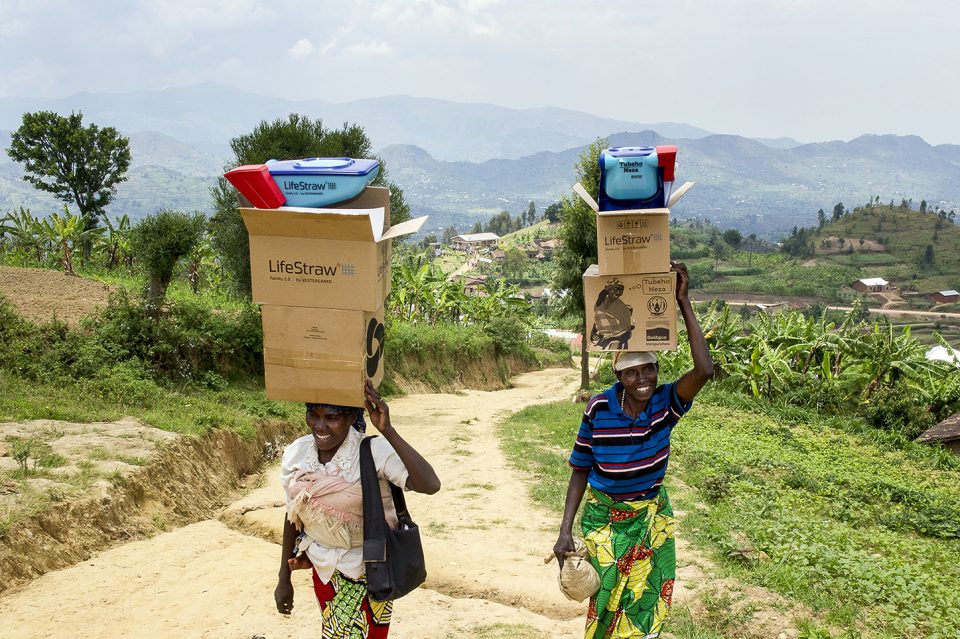 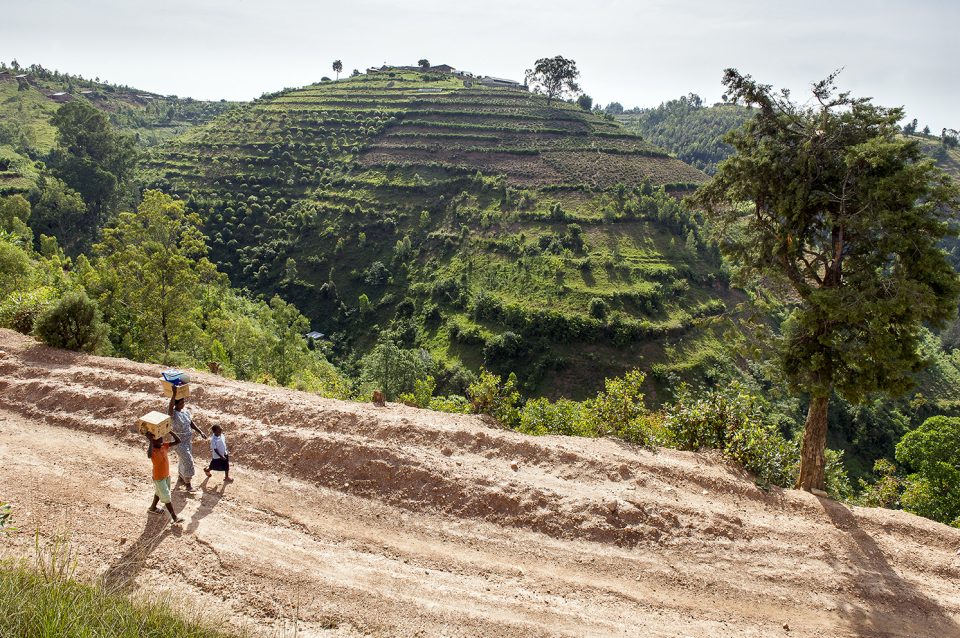 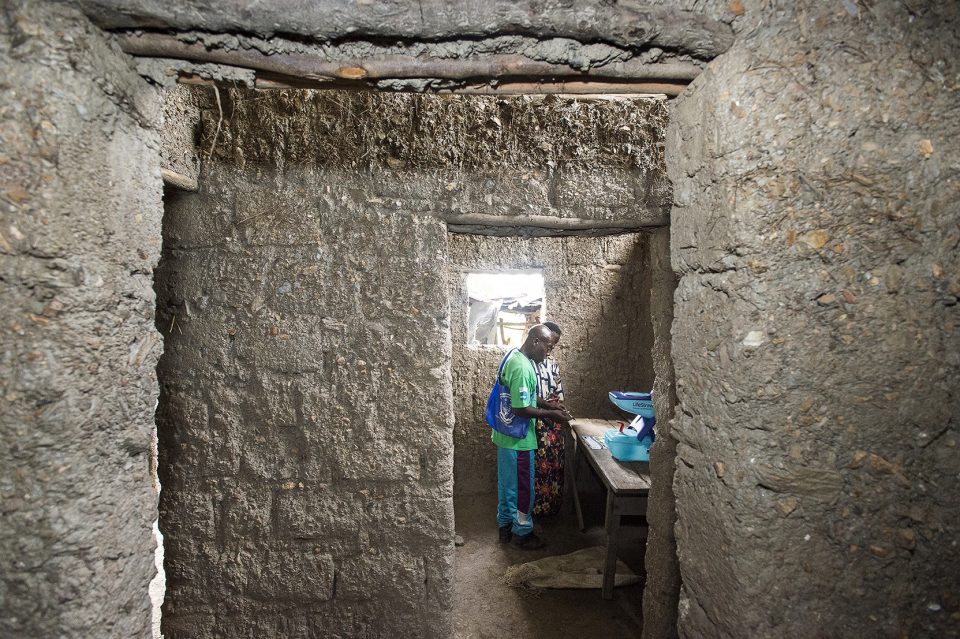 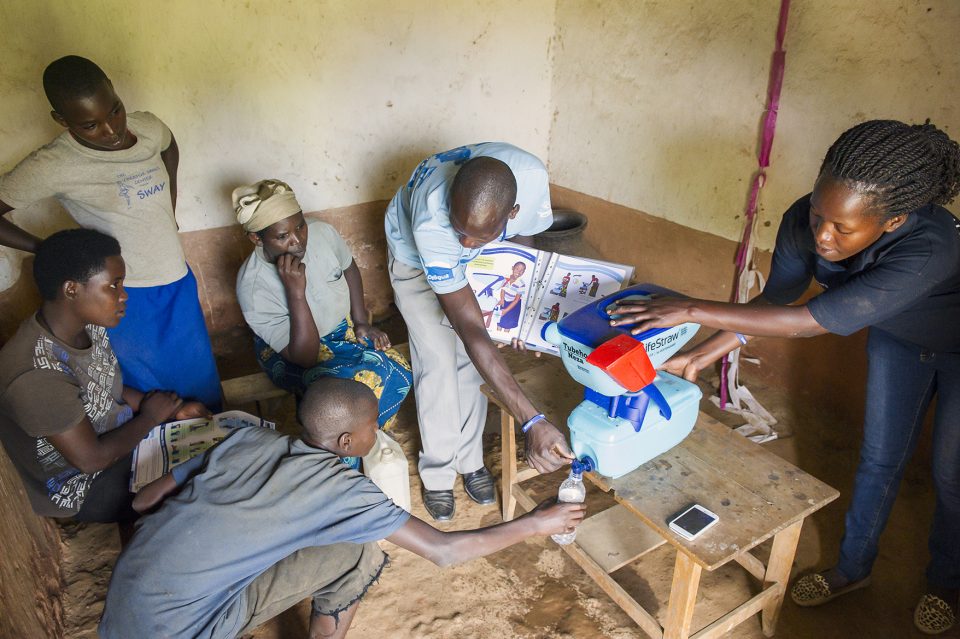 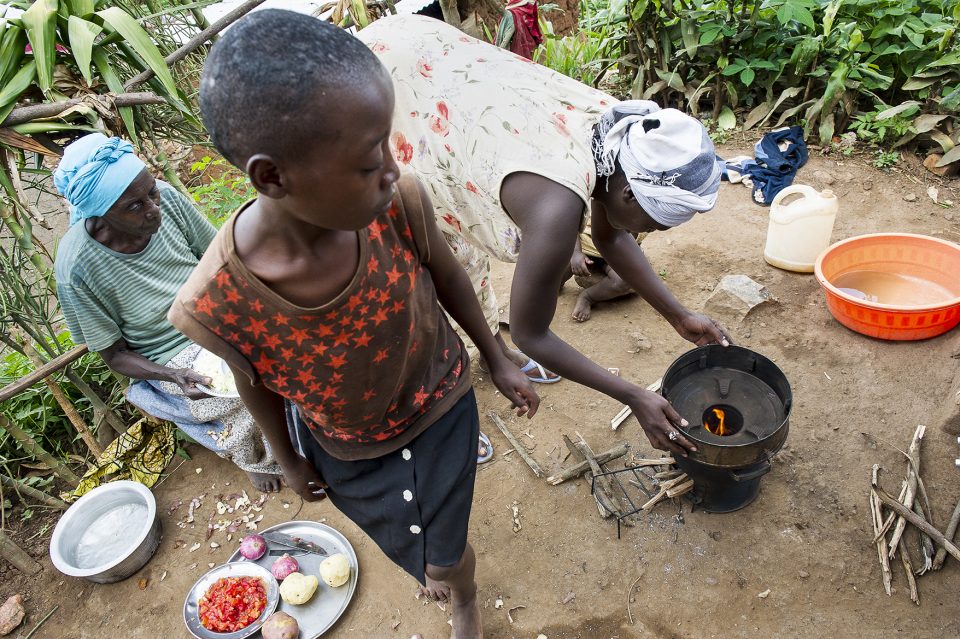 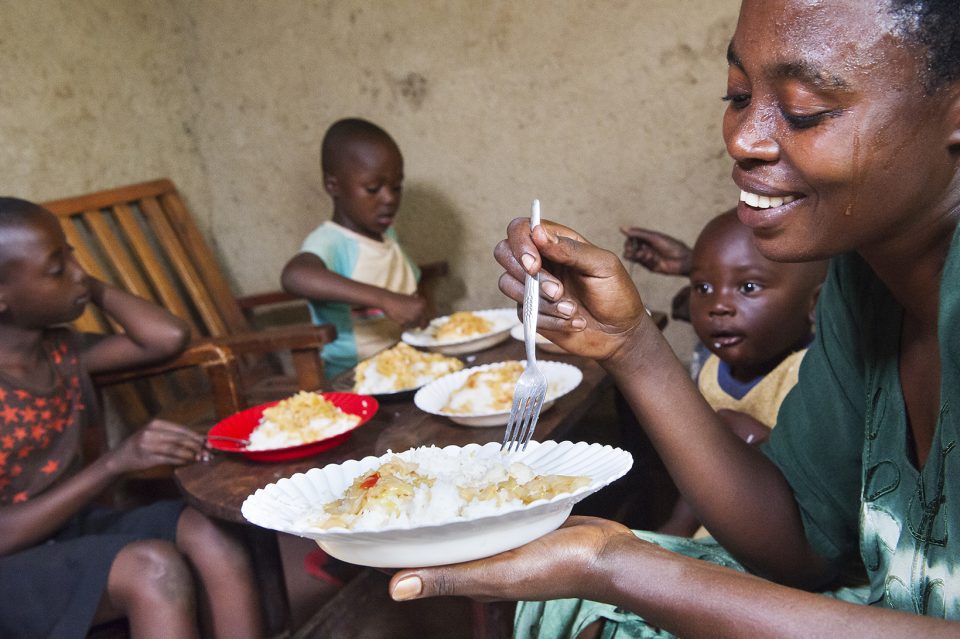 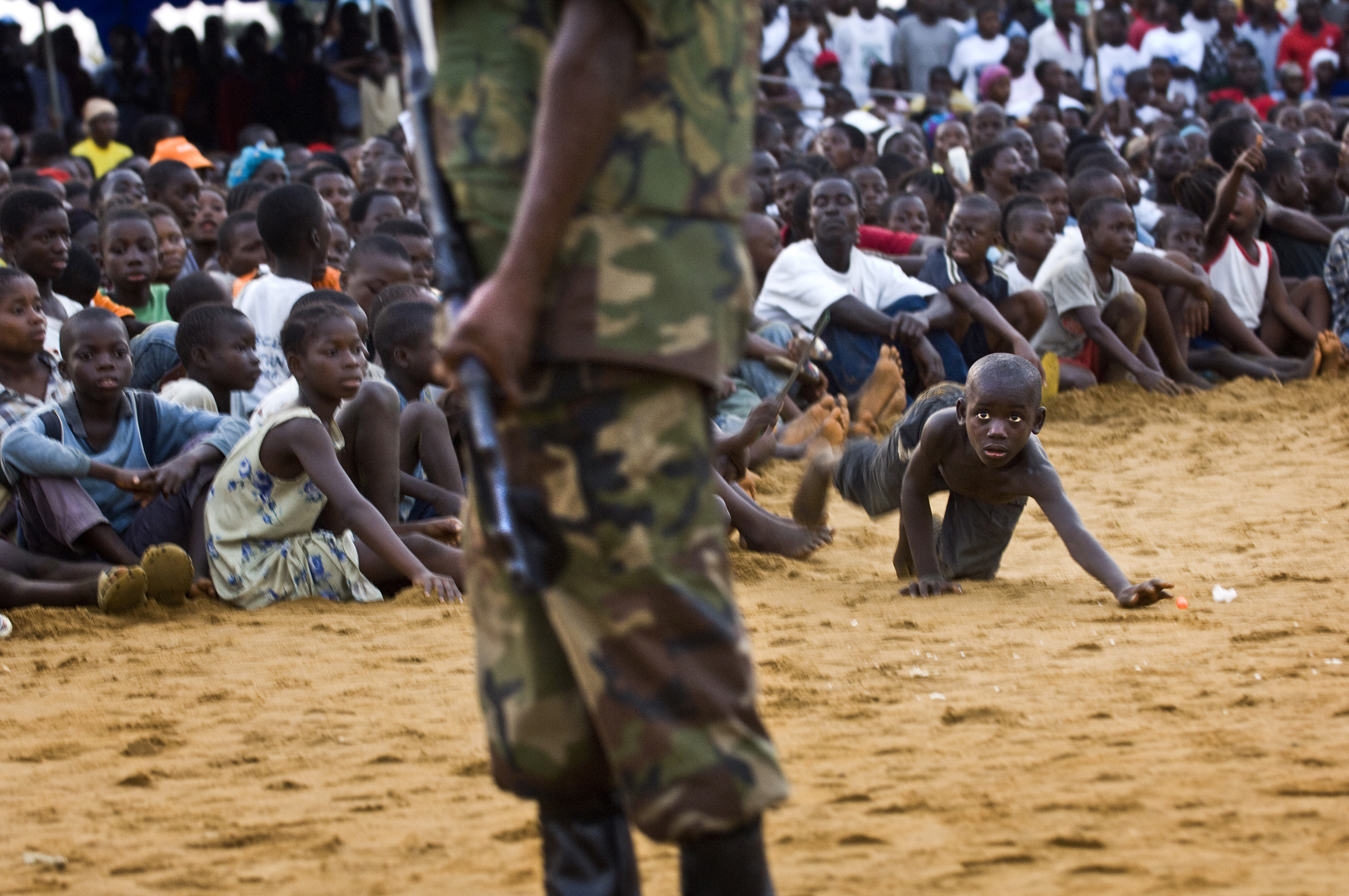